Meeting the modern demands of customers to provide them with competitive advantages is what appears easily implementable with our Angular js development services. Angular is great for both web and mobile to never retreat before any complexity your application may require to have. 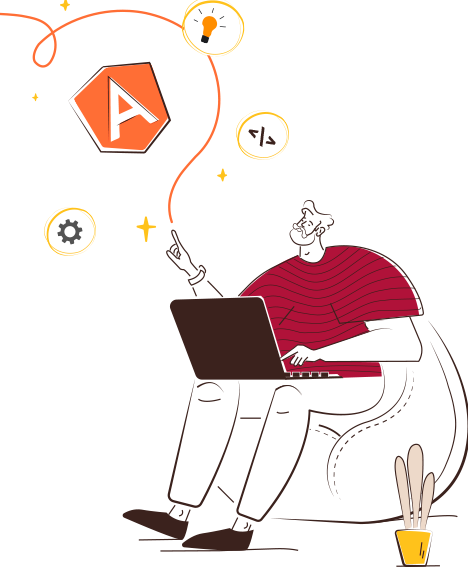 Meeting the strict deadline was one of the biggest challenges we have faced during this app re-development. The app gained traction and allowed the users to cope with their marketing tasks even more effectively. The number of subscribers to the app increased by 15%, which was the main goal of redesign and redevelopment.

Accommodation booking system that would be extremely easy-to-use

As a result of our thorough work, the client got an efficient website as well as the application for an accommodation booking system. The visitors appreciated the ease with which they could quickly find and book the accommodation within their set budget. The website started attracting more and more visitors, and after only 4 months, the total number of customers increased by 32%. The website is up and running and continues attracting more and more visitors worldwide. And the app was downloaded more than 1000 times in the first 3 months of its placement on the App Store and Google Play.

Educational video hosting to share skills and pick up new ones

Our client has come up with an idea to create a resource of educational videos: workshops, lectures, master classes, etc. We faced the problem of adding videos of different extensions, but our developers managed to simplify the process of uploading videos. We built a system that converts any videos to appropriate extension making it possible to upload and play. 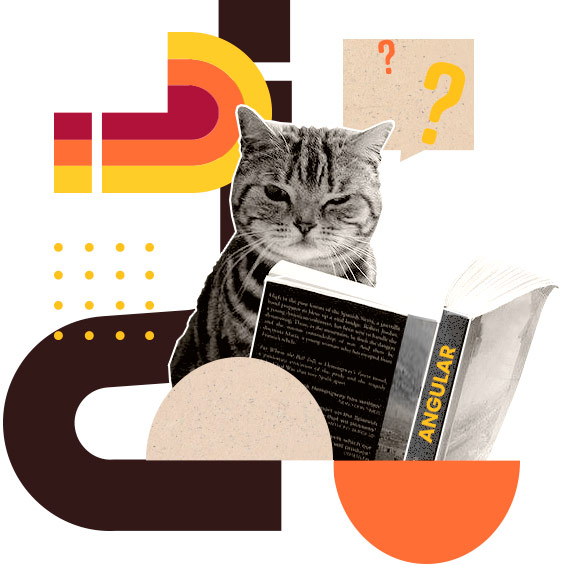 An advanced open-source web app framework built upon TypeScript was the goal for Google when they released Angular js in 2010. The framework has proven its versatility over time with a vast variety of web and mobile apps built by thousands of Angular development agencies. Since Angular js became one of the most popular frameworks among web developers, Google decided not to slip into complacency and rewrite Angular to meet all possible expectations of the pickiest users.

Every update released since 2016 makes Angular better in debugging, faster in testing, and easier to maintain its component-based architecture. Many global digital giants have created their world-famous apps with Angular: Google AdWords, Microsoft Office Online, Adobe, Amazon, and Udemy are among them, to name a few. Which advantages can customers get when using Angular development services? 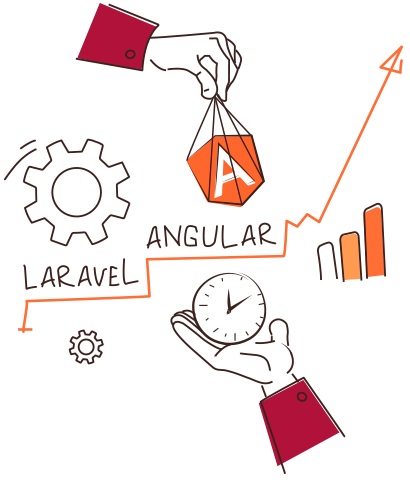 Hire Our Angular developers
when… 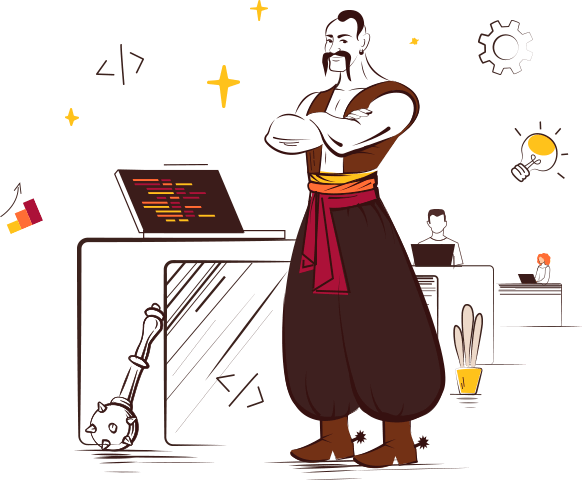 Our Angular development services cover the entire scope of tasks from UI and front-end to full-stack and custom development.

You need to validate your future product idea with an MVP

Smooth transition from any other technology to advanced Angular development happens frictionless with our professional Angular services.

HOW WE MAKE OUR
customers happy

We believe that each project is individual: no pipeline production is possible in software development. At the same time, we have enough expertise to state that any already-existing software can be migrated to Angular. The variety of our Angular development services allows applying an individual approach to every customer. 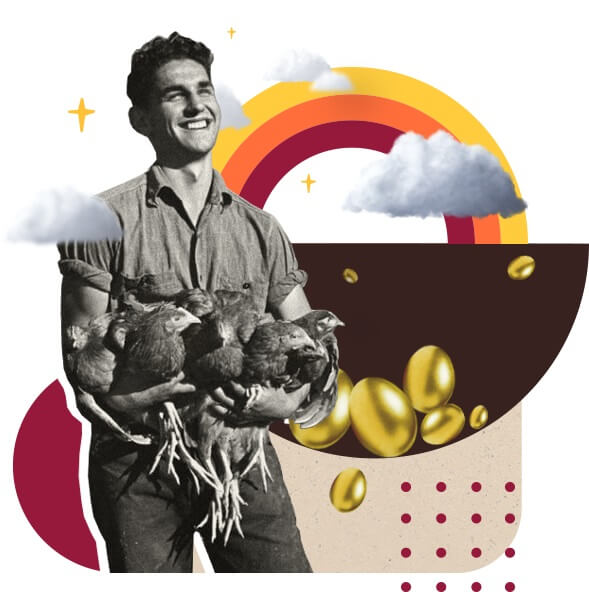 HOW WE MAKE OUR
customers happy

We believe that each project is individual: no pipeline production is possible in software development. At the same time, we have enough expertise to state that any already-existing software can be migrated to Angular. The variety of our Angular development services allows applying an individual approach to every customer.

If you think about creating a solution from scratch

Share your vision of what users should have at the end of the day, and describe your project in detail. This is the customer requirements analysis we always start from. Our Angular development engineers help frame the requirements for more precise planning. Our Angular development process is transparent for customers at any iteration. When coding is over, we run meticulous testing not to face troubles during a post-release period. We take full responsibility for the finished application when it is ready to launch. Support and maintenance are guaranteed for our customers along the entire life cycle of the app ordered.

They were quickly able to understand our requirements and get to work. It was easy to communicate with them. I had daily conversations with the project manager to go over things. I didn’t have to spend a lot of time preparing the technical requirements for this project, and they helped me a lot with ironing out the details.

If you want to migrate your existing solution to Angular

Nothing prevents our customers from migrating their app to Angular, no matter which technology has been applied to the existing solution. Our Angular development team can examine the app to realize the smoothest method of transition. When all requirements are collected, a step-by-step migration plan appears. Our Angular development experts make the migration process as brief as seamless. The new Angular-based project is ready to launch after all aspects of migration are completed.

We worked with the programmers and had the best experience with them because they performed very well and in a timely manner. A-Team Global was a little more expensive than other programmers, but they were very good so we were willing to pay for quality. 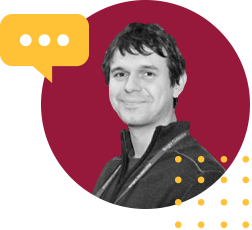 Deep expertise and well-coordinated workflows are essential, but perfect results can hardly appear without corporate values that matter. What you appreciate determines how you do your business. A solid team, continuous education, and the incessant drive for quality help our Angular development company remain one of the best-in-class on the market.

Only the sky’s the limit in self-improvement. We believe in continuous education to keep pace with the zeitgeist. Our Angular development specialists never stop learning since the global Angular community adds new tips and tricks day by day. To be complacent is hardly affordable for those who compete with rivals in software development.

A team is never a random gathering: every member feels supported by all the others. If otherwise, no coordinated work is possible. Moreover, sharing expertise among all members is a must to keep the entire team at the same professional level. Angular development is evolving, and no one should be left beyond the progress.

Angular is an excellent toolkit for those seeking perfection in software development. High-quality Angular development implies the cleanest possible code inter alia. The component-based architecture of the framework, along with the community support, helps achieve this, but building competitive Angular-based apps is impossible without the pursuit of growth. And we’ve got that.

A team is a living organism with all inherent ins and outs. Hiring and firing happen all the time since nothing is petrified in software development. Angular development can go seamless when newcomers are regularly mentored by experienced team members. Team-building never fails with mentoring, especially when it comes to dedicated development teams.

What Makes Us Different

It is possible to have a unique appearance even if you practice Angular development like many other teams. Our Angular development services differ due to some specific approaches and methods we prefer. To be exceptional, we focus on the following critical aspects. 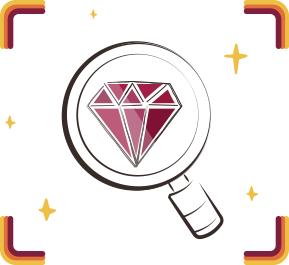 If the quality of code is not your primary objective, all your development efforts go in vain. We realize that just quality can be an advantage against rivals in a highly competitive environment of Angular development. We prioritize the code quality to let our customers feel confident in their software. 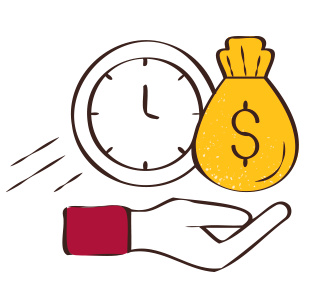 A stitch in time saves nine, as they say. On-time delivery is critical when customers rely on our Angular development services. Even a short delay can compromise the business objectives of the entire project. Our meticulous planning allows us to always remain within the project timeframe. The same relates to the project budget: no unaccounted expenditure may appear when we do our service. 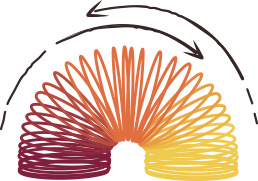 Your service is obsolete unless it is agile. Modern business requires flexibility from Angular development service providers. We always try to meet the customers’ expectations while offering individually established dedicated teams of Angular developers. Facing constraints in building various engagement models is not about our service. 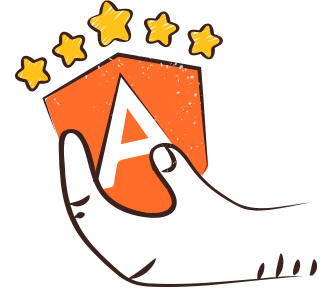 Virtuous mastery of a particular development technology is the primary condition for occupying your niche in the software market. We are proud of our programming engineers who demonstrate their top-notch skills in Angular development. Continuous self-improvement in ever-evolving Angular is our motto.